Montrose Links is undoubtedly one of the oldest and most historic links in Scotland, golf having been played here for more than 450 years. To a young Montrose lad by the name of James Melville goes the credit for recording the existence of golf at Montrose as early as 1562, so the game was obviously being played on these links prior to that date.

While Montrose cannot boast the permanency of the Old Course at St. Andrews for instance, there are still parts of the Montrose Championship course which have been played over for more than 450 years.

What Montrose can claim uniquely, however, is to have had at one stage in its history the course with the greatest number of holes.

When Musselburgh had 5 holes, Montrose had 25 holes and although they were not all played on every occasion they were used for a unique event in 1866 which attracted Willie Park, Andrew Strath and Jamie Anderson, three players who were all Open Champions. 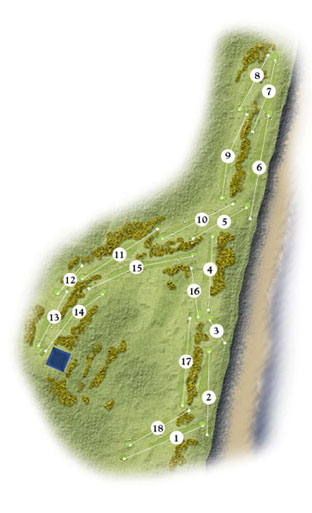 Situated along the rugged coastline of Angus in the very heart of Scotland’s ‘Golf Country’ Montrose’s courses provide a challenge for golfers of all abilities and the ‘1562 Medal Course’ is widely regarded as being one of the world’s ‘must play’ courses by Scots and international golfers. Being the fifth oldest course in the world,

The Broomfield Course is not a ‘power’ course requiring drives of hundreds of yards. The key to conquering this deceptive course is a delicate touch and the ability to accurately control the ball from the tee. Especially when the East wind blows (which it has been known to do!), the Broomfield can prove to be a significant challenge. Yet, when conditions are more benign, the course positively encourages low scores. On initial inspection, the Broomfield may look flat, golfers beware – the devil is in the detail as the natural undulations demand precision from tee to green. Putting can also prove to be demanding as the subtle contours of the greens are a test for any golfer.

Broomfield’s turf is links-like and enjoyable to play off, especially in the summer months when the ground is dry and fast. Whins are a feature of many holes – the 11th, for example, has whins up both sides of a narrow fairway demanding a straight drive from tee to green.

Another distinguishing feature is the burn which comes into play on at least five holes. It crosses the fairway at the 3rd, 4th and 13th and affects approach shots to the 5th and 12th.

The Broomfield may not be quite as challenging as the Medal Course, but don’t let this lull you into a false sense of security – the Broomfield can provide a tough test. Overall, it is a joy to play and is commonly used by members to test their short game and visitors wishing to take on the challenge of playing both courses in one day.